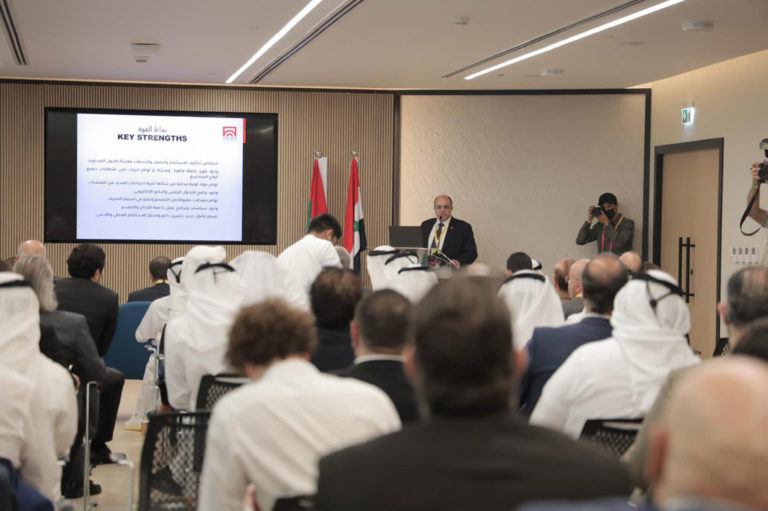 Syria the gate that connect all

The gate that connect all “was attended by representatives of official delegations and economic events of 11 participating countries in Expo 2020 Dubai. The agenda of this meeting included a welcoming speech by His Excellency Ambassador Dr. Ghassan Abbas, Ambassador of Syria to the United Arab Emirates, and Commissioner-General of the Syrian pavilion at Expo 2020 Dubai.

The organizers of the meeting then held an open interactive/ decoction

session in the presence of members of the Chambers of Commerce, Industry and Tourism and businessmen from Syria and the 11 participating country, during which economic opportunities for investors in Syria were discussed and

How to stimulate trade and economic relations between the participating parties. 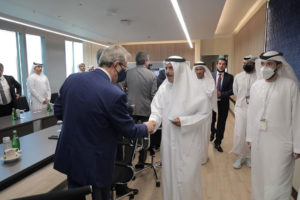 This meeting is part of a series of meetings and introductory meetings organized by the Syrian pavilion’s team at Expo 2020 Dubai, to achieve the greatest benefit from the Syrian participation in this important international exhibition. It is worth mentioning that the Syrian Pavilion hosts over the six months of the Expo a number of Syrian companies from various sectors such as the food industries, the manufacturing sector, the construction sector, tourism, services and others. These business partnerships represent an opportunity for Syrian businessmen and industrialists to make their products known to more than 190 countries participating in Expo 2020 Dubai.