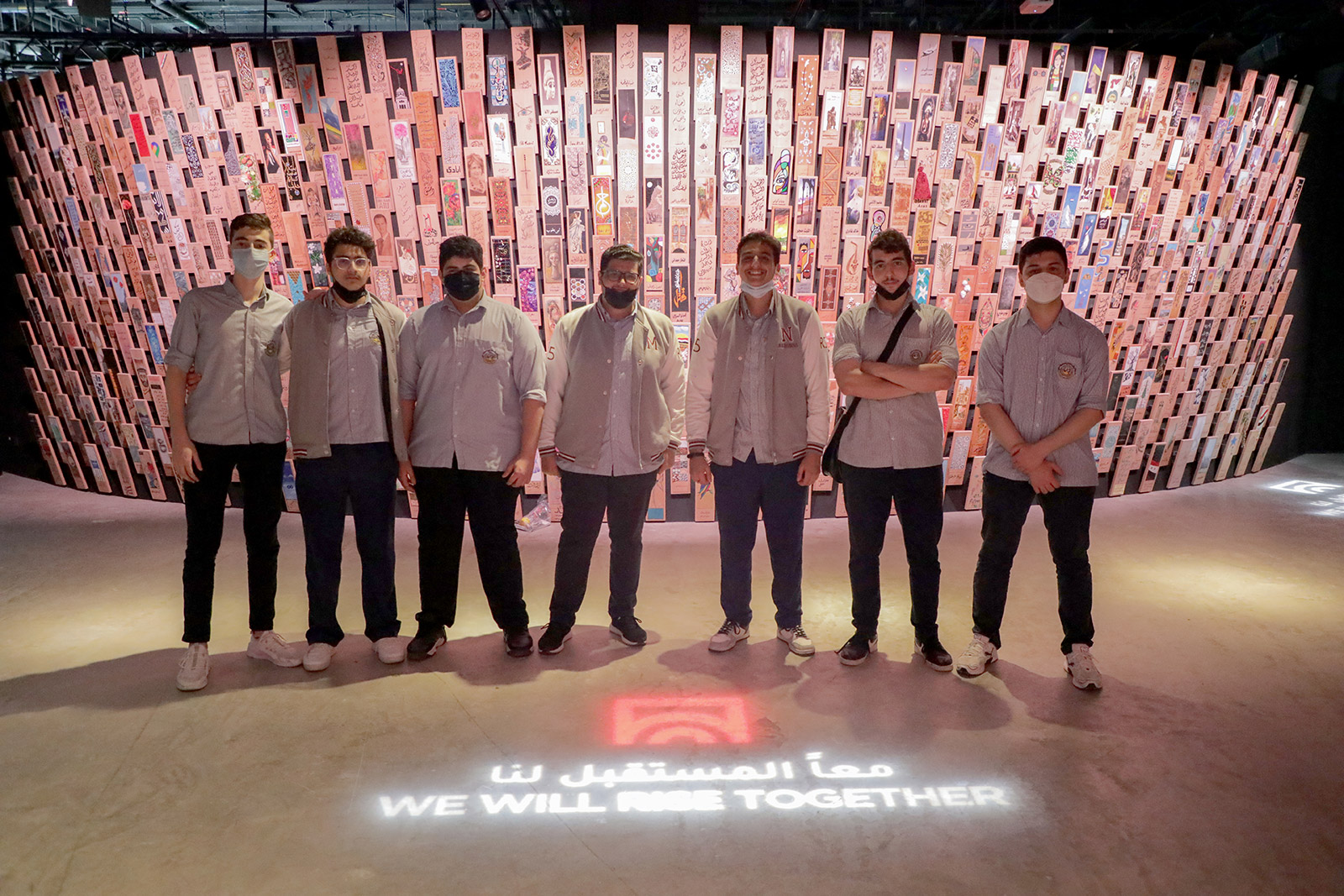 Students of Rashid Al-Saleh School in Dubai has visited the Syrian pavilion and they watched the a replica of the Ugarit alphabet, the agreed as the first alphabet in history and which came to the light in 1400 BC, the student has learnt about the development of the agricultural societies in Syria, which researchers dated back to about 15,000 years BC, it had a role in developing the early techniques for counting and recording way before writing by using a clay number called “tokens”, which is the basis of the Bronze Age economy and subsequent civilizations.