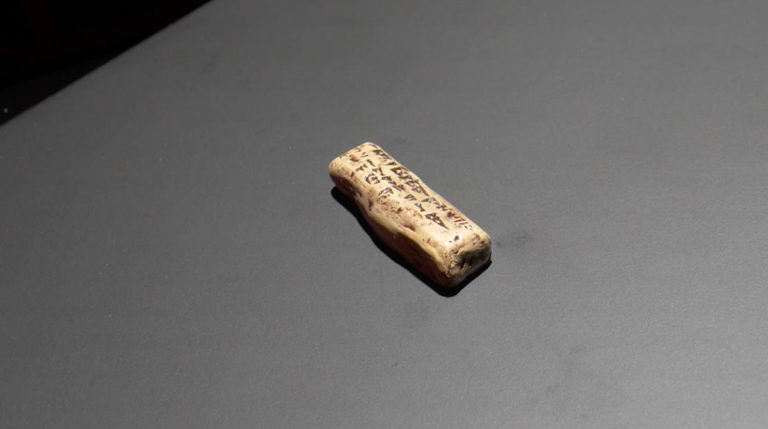 We are all set! 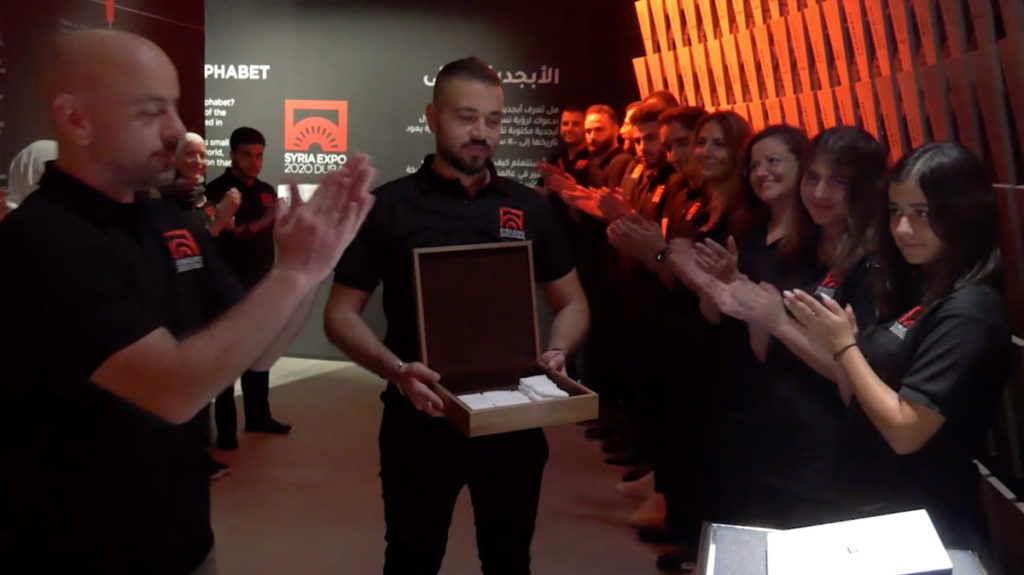 The Syrian Pavilion Manager Eng. Khaled Shamaa, has placed the last piece of the oldest Ugaritic alphabet in the world, one of the oldest written alphabets in history (the Ugaritic alphabet), which dated back to the fourth century BC, and is currently educated in 40 universities in the world. The Ugaritic alphabet has shortened the cuneiform signs from 600 signs to 30 letters, and most of the texts written in this language are economical and literal texts. And the original copy of a pottery figure is 5.5 cm length and 1.3 cm wide. This alphabet is related to Canaanite, Aramaic, Arabic and Biblical Hebrew, all of them belong to the Semitic language family.